“Senora, where are you from?” asked the man in the gate of the mosque.

“Indonesia,” I replied while thinking why he greeted me with senora.

“Are you Muslim?” he added.

I covered my hair, took off my shoes and entered the Grand Mosque Umayyad.

The origin of the mosque is a famous temple to worship Hadad, the god of lighting for Babylonians and Assyrians that was constructed 1000 BC. When the Byzantium Roman Empire expanded to Syria, the Romans destroyed Hadad Temple  and built a temple for God Jupiter. In the 4th century when Christianity was introduced to the Roman Byzantine Empire,  it influenced the Roman Empire. The Roman Emperor Theodosius I changed the temple into a church.  The church was expanded to become St. John Cathedral. The cathedral was located in west of former Jupiter Temple.

In 7th century, when Muslims defeated Roman Byzantine, Syria  fell into the control of Muslims.  The Muslims under Umayyad Empire controlled the area from North Africa to Central Asia and made Damascus as its capital. 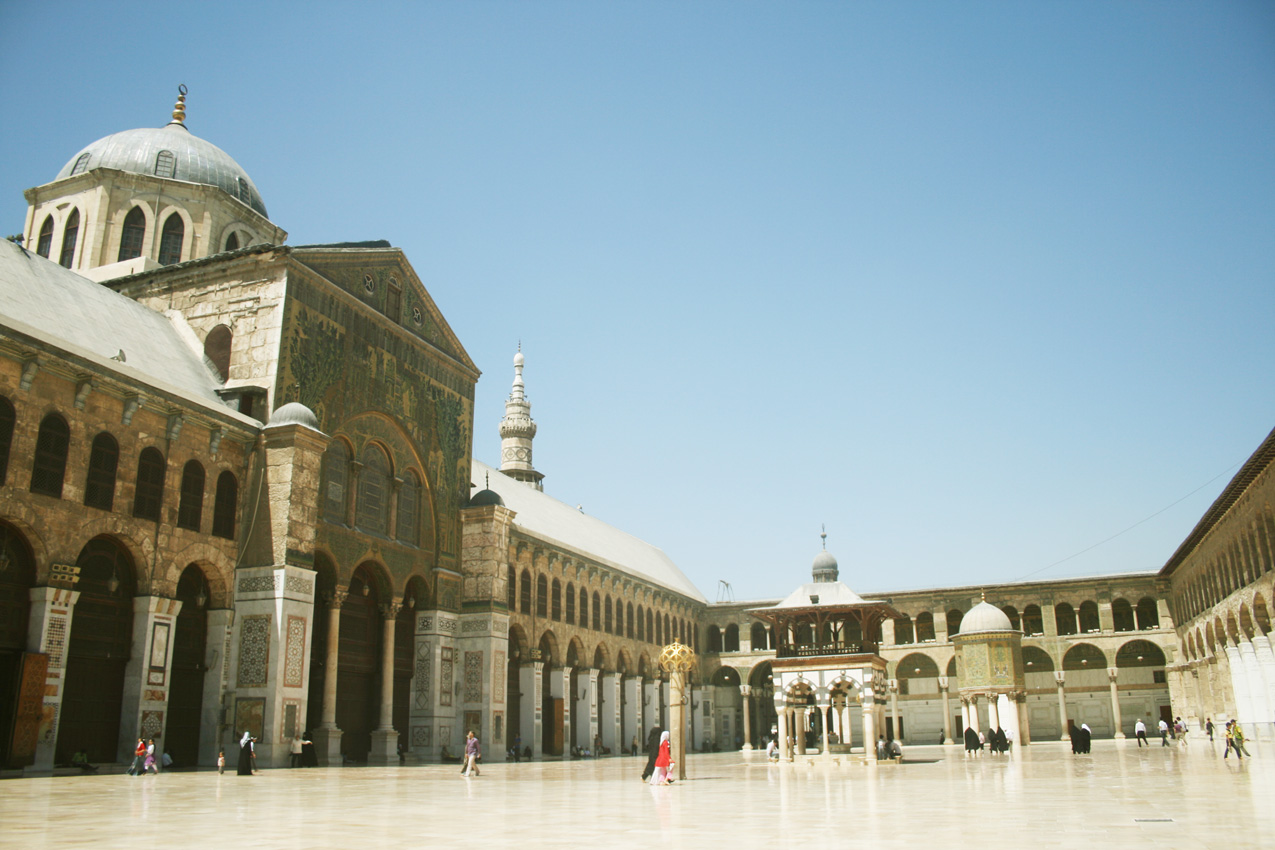 At the time, the St John Cathedral  still existed and the Christians could use it for their congregations.  Based on an agreement, The Muslims and Christians used a big house for prayers.  The house was separated by a wall, in the east side it was used by the Muslims and in the west side it was used as St. John church.  After about half century, the caliph of  Umayyad decided to build a mosque for the Muslims as the number of Muslims in Damascus expanded.  Through a negotiation with Christians in Damascus, the caliph bought the house. The Christians recieved compensation as four sites for permanent church in Old Damascus.

Grand Mosque Umayyad has become a phenomenon in the Islamic world architecture.