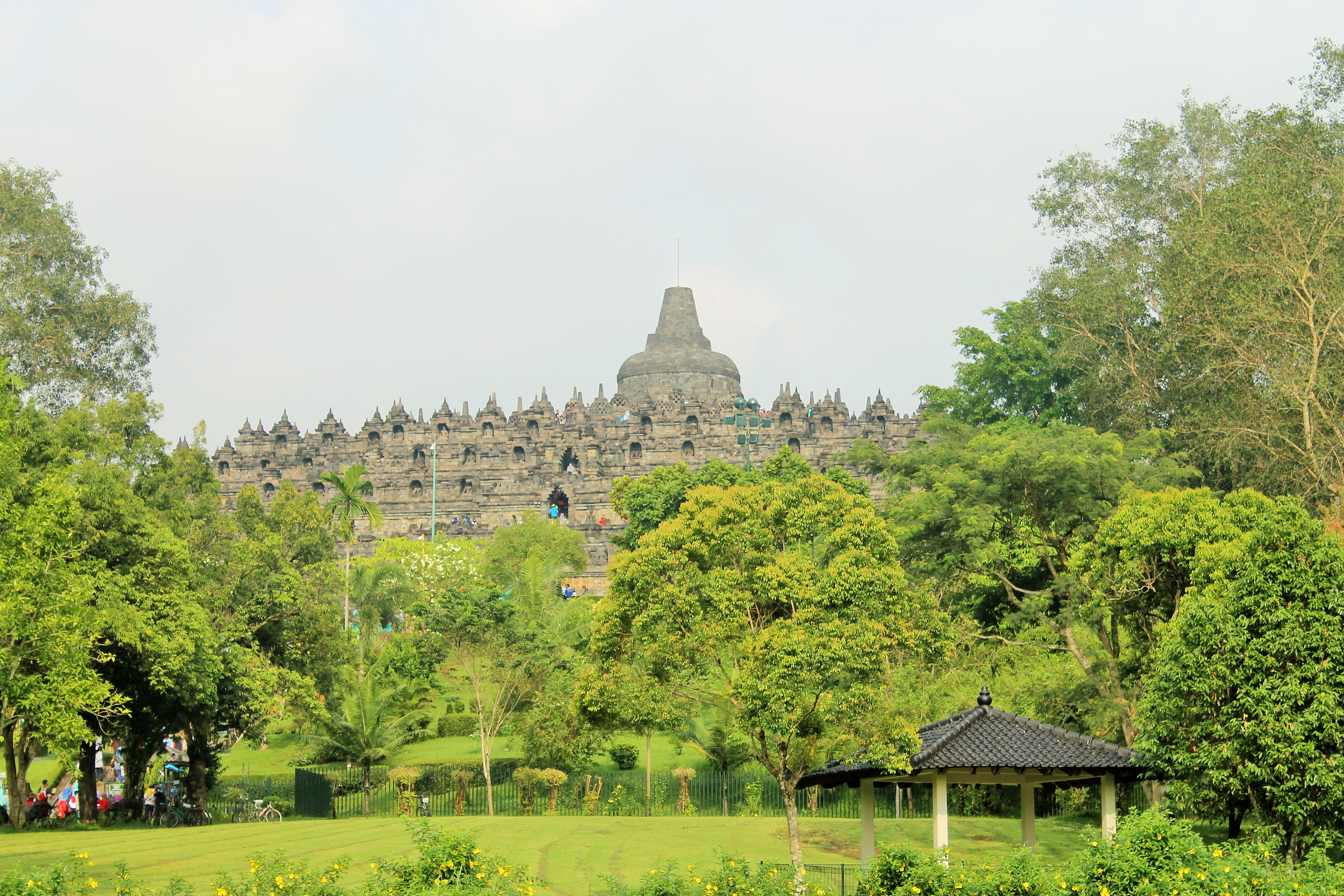 Borobudur Temple is the biggest Bhuddist temple in world that is situated in Kedu Village, Magelang Regency, Central Java, Indonesia. The compound of the temple covers an area of 2500 square meter. The temple was built in 8th and 9th century by the Bhuddist Syailendra Dynasty that ruled Java until 10th century.

The British Stamfor Raffles rediscovered the temple in 1814. The rediscovery led to the efforts to preserve the temple. The big restoration had been conducted from 1907-1911 by the Dutch. It was followed by other restoration projects. From 1968-1983, UNESCO fully supported the restoration of Borobudur Temple with the world experts and in 1991 it was listed as World Heritage by UNESCO.

The shape of the temple follows the basic Hindu and Bhuddist form of mandala. Mandala is a square with four entry points and a circle in the middle.  The temple comprises of six levels of  square and four levels of circle.   The height of the temple without the height of mother stupa is 35 meter. 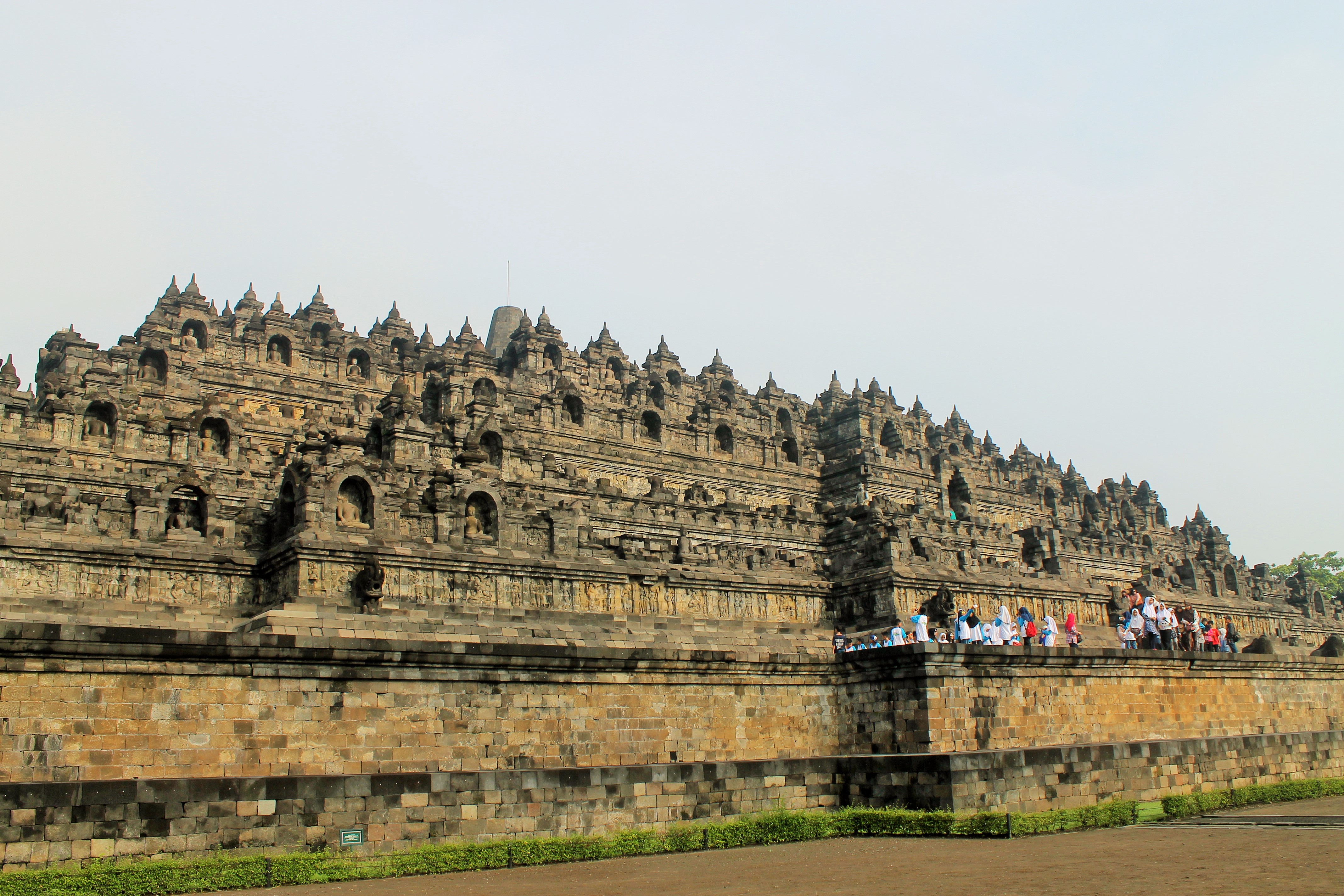 The Borobudur Temple has a mandala shape, an important shape in Bhudda’s cosmology.

Borobudur also represents the Bhuddist cosmology of the universe. The universe is divided into three zones according to Bhuddist cosmology: Kamadhatu (world of desire), Rupadhatu (world of  attachment) and Arupadhatu  (world of no attachment).  The  three tiers in Borobudur represent the three world  with Kamadhatu comprises of the levels with reliefs. The reliefs depict the life of Siddharta Gautama Bhudda from his birth until he became Bhudda. These tiers are situated at the lower levels. Rupadhatu is the tier that is identified with the stupas that have diamond shape on its holes while Arupadhatu is the tier with the  stupas that have square shape on its holes.

There are 504 Buddha statues,  432 of which are in the square levels and 72 of which  are in holed stupa in the circle levels.

Borobudur Temple doesn’t have a place of worship like the other temples. This is because the Temple was constructed to inspire the human beings to reach the good. The labyrinth between the wall of the temples in the first six levels is to inspire the visitors to study the life of Buddha where he finally could reach the enlightenment, a level of freedom of attachment.

Stupa is a Bhuddist structure that is used to keep the dust or relics of holy men. Stupa can also be constructed to commemorate a religious event or to gain a good thing. The mother stupa on the top  represents the symbol of Borobudur as a mountain. For the Bhuddists in Java, mountain has a religious meaning. An inscriptions said that Borobudur is a perfect Sumeru of Bhudda. Mt Sumeru is a mountain in the mythology that becomes the center of the universe where the Gods throne. 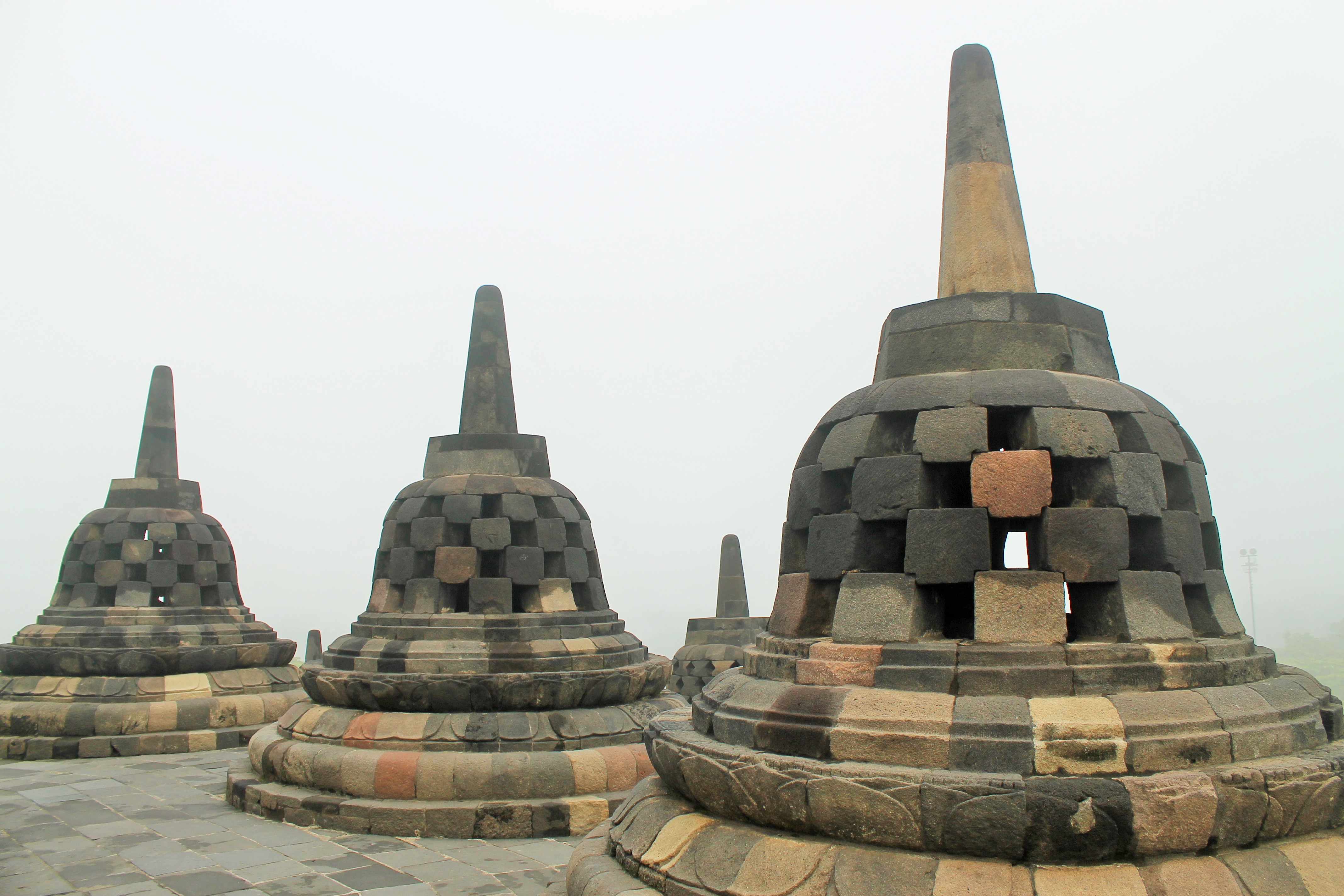 Borobudur is believed to be the nail of Java as Mt. Tidar where Borobudur Temple is located is situated in the center of Java Island. It was constructed based on 1 tala dimension (1 tala = 22.9 cm).

Architecturally the reliefs at Borobudur  were carved after the monument and the walls of the temple finished. The temple also has a drainage system so when it is raining, the water flows down through the canals formed as head of kala or makara. 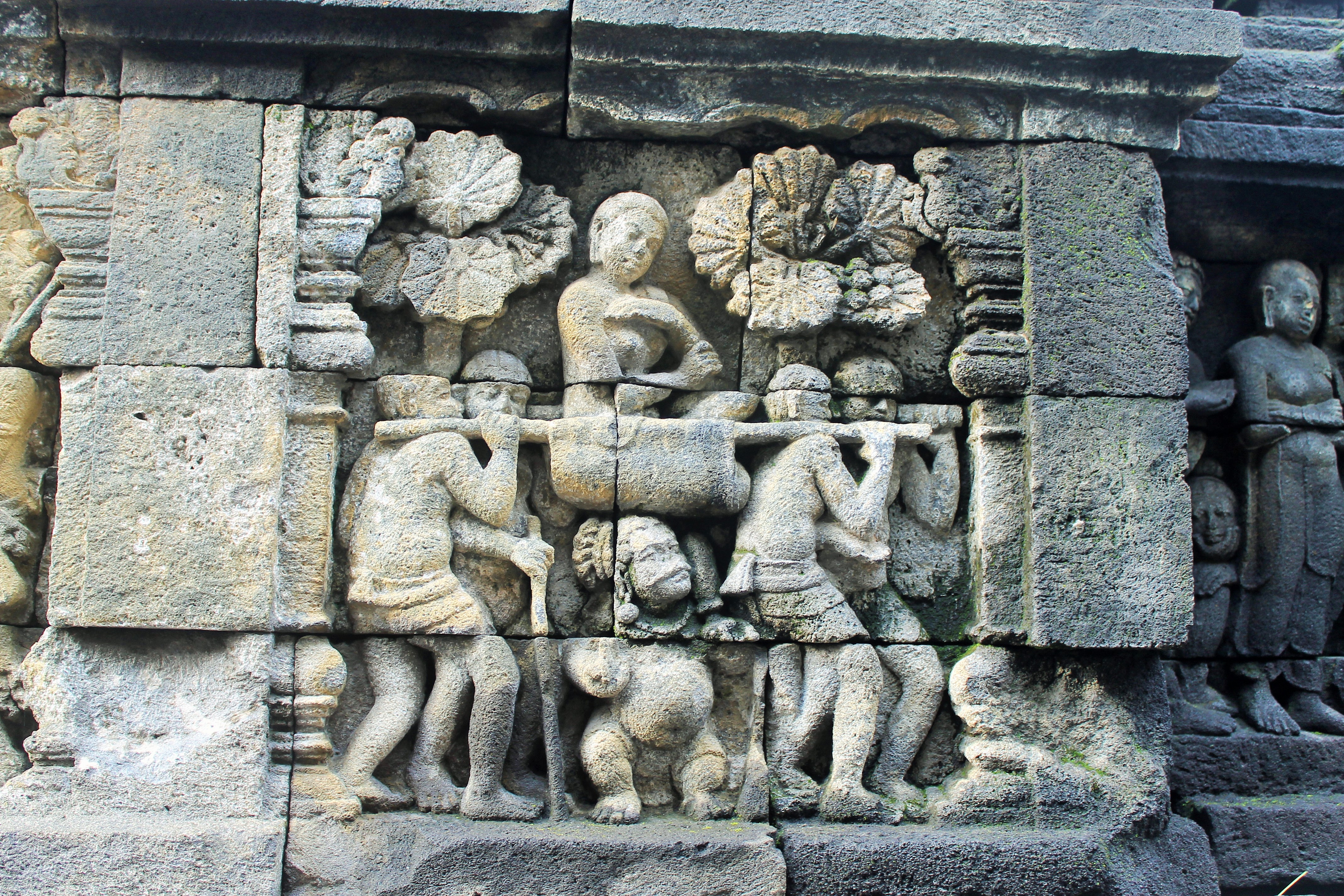 A relief on the wall of Borobudur Temple, Indonesia

The reliefs at Borobudur Temple that depict the ships caught the attention of Philip Beale, a 21-year old British and he studied the ship reliefs in 1992. Beale believed the ships might be part of the sea route that had connected Indonesia/Nusantara with the countries as far as Africa in the early of the centuries. 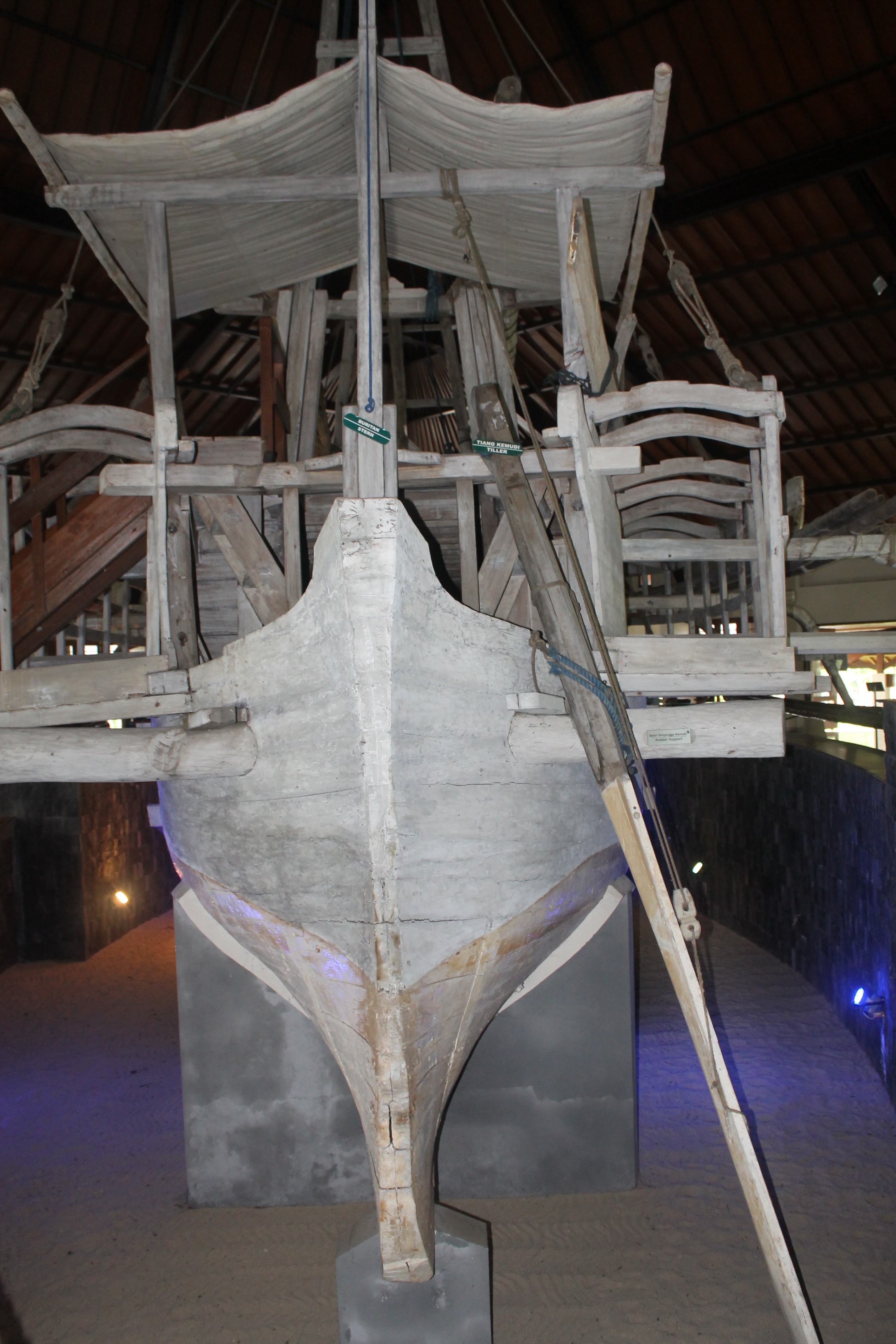 The constructed Samudraraksa ship is based on the relief at Borobudur Temple, Indonesia

In 2003 an ambitious project was conducted to make a ship as depicting in the relief of Borobudur Temple. Not only that, the ship was projected to sail to Africa country, Ghana! On May the ship was made in a traditional way in Sumenep, Madura, Indonesia by a team lead by Assad Abdullah and on August the ship set off the sea to Madagascar.  The ship docked at Madagascar, Cape Town, St. Helene and Accra. In February 2004 the ship reached its final destination in Accra, Ghana. After sailing 11,000 kilometer, the shop returned to Indonesia. The original 25-meter long wooden ship of Samudraraksa can now be witnessed at Museum Kapal Samudra Raksa at Borobudur Complex.

The relief on the wall of Borobudur Temple, Indonesia

WHEN IS THE BEST TIME TO VISIT BOROBUDUR

The best time to visit Borobudur is before the sunrise. Why? It is the high time to sense the serenity and peacefulness in the temple.  Borobudur is crammed with visitors during the  normal opening hours, it is almost impossible to feel the sensation of peacefulness when huge number of  visitors pose in the terrace or stupa of the temple, or when visitors young and old crowd all levels. Visitors who come to see the sunrise also bring their cameras and talk as they mostly come with their guides, however their number is not massive. Partly because it is on early hour and the price of the tour is a bit expensive. In addition, the view surrounding the temple before and during the sunrise is really spectacular. There is only one tour operator that organizes the sunrise tour. This also reduces the number of massiveness. However, sometimes the sun rise is covered by the clouds. It depends on the matter of the luck to see the sunrise but both the atmosphere and view are beautiful. 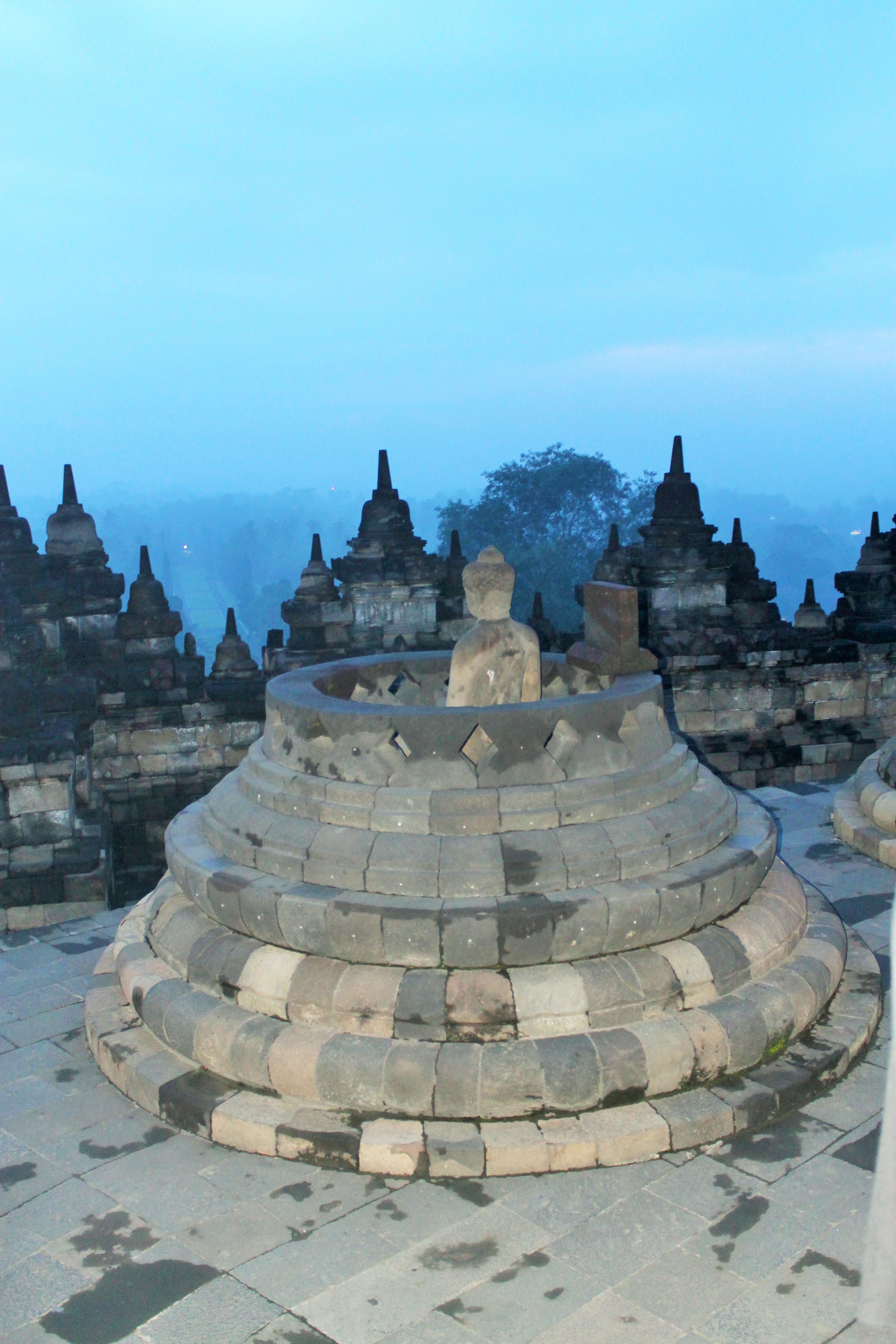 The view and atmosphere before the sunrise at Borobudur Temple is stunning.

Right after the sunrise, between 6 am to 7 am, some participants of the sunrise tour leave, it is the only time when Borobudur is quite, after 7 am or sometimes before 7 am, it becomes crammed with visitors.

STAYING IN JOGJAKARTA OR IN BOROBUDUR?

There are a lot of options of lodging at Borobudur, from the high end boutique hotel to budget home stays.  Although Borobudur is the highlight of the area, there are some interesting local spots that you can visit at Borobudur. The hotel or home stay where you stay can give you recommendations of the local interests to see. 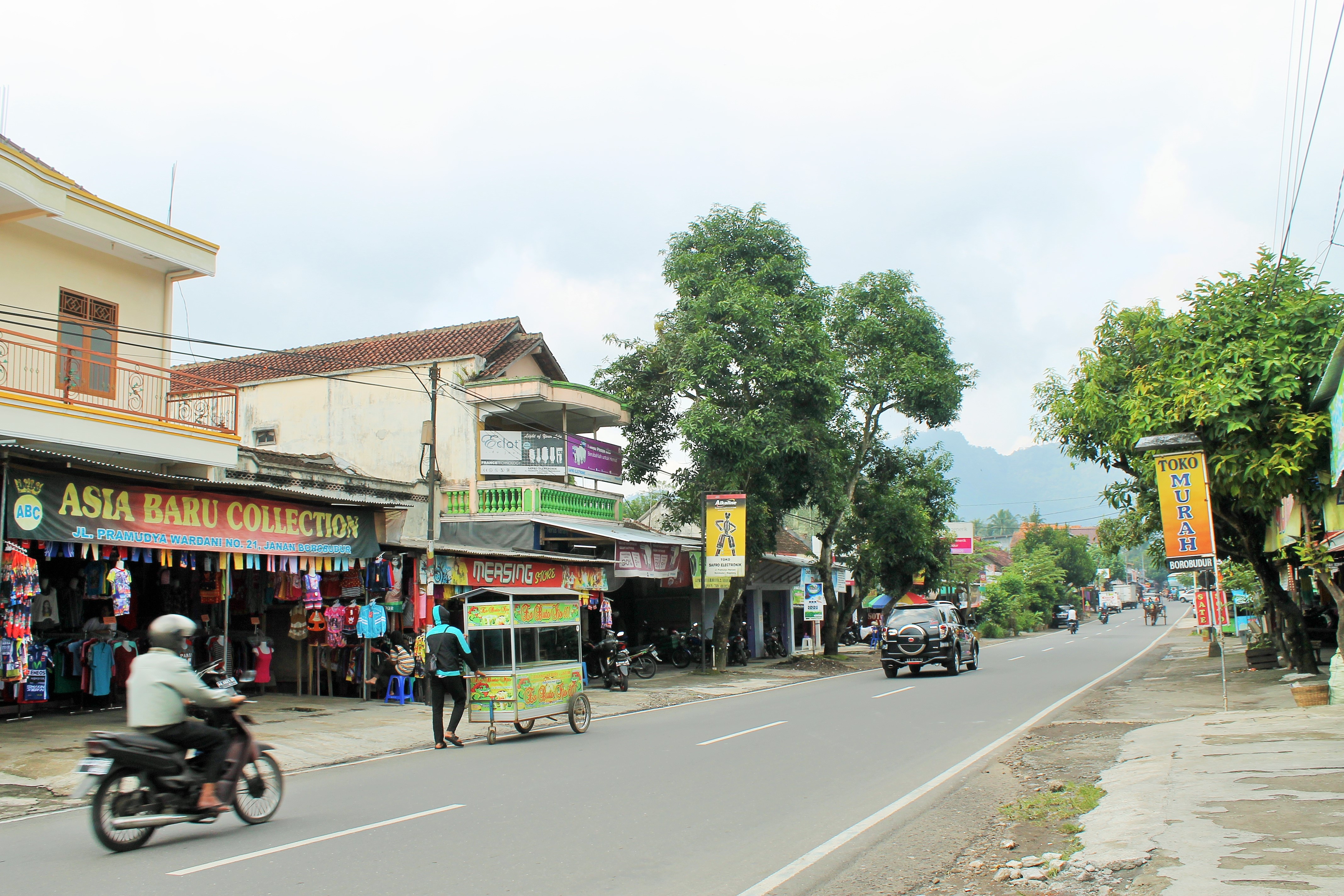 The package includes entrance ticket to Borobudur complex, tea or coffee and snack after the tour at Manohara Restaurant and souvenir. For the walk-in guest, the entrance is from gate 7 at Manohara Resort.

The easiest way is to ask the hotel or home stay where you stay to arrange the tour. There is an extra fee for that but you will get a ride to the Manohara Resort and the ticket for the tour. You will also be accompanied until the Temple and get some explanation about the Temple. 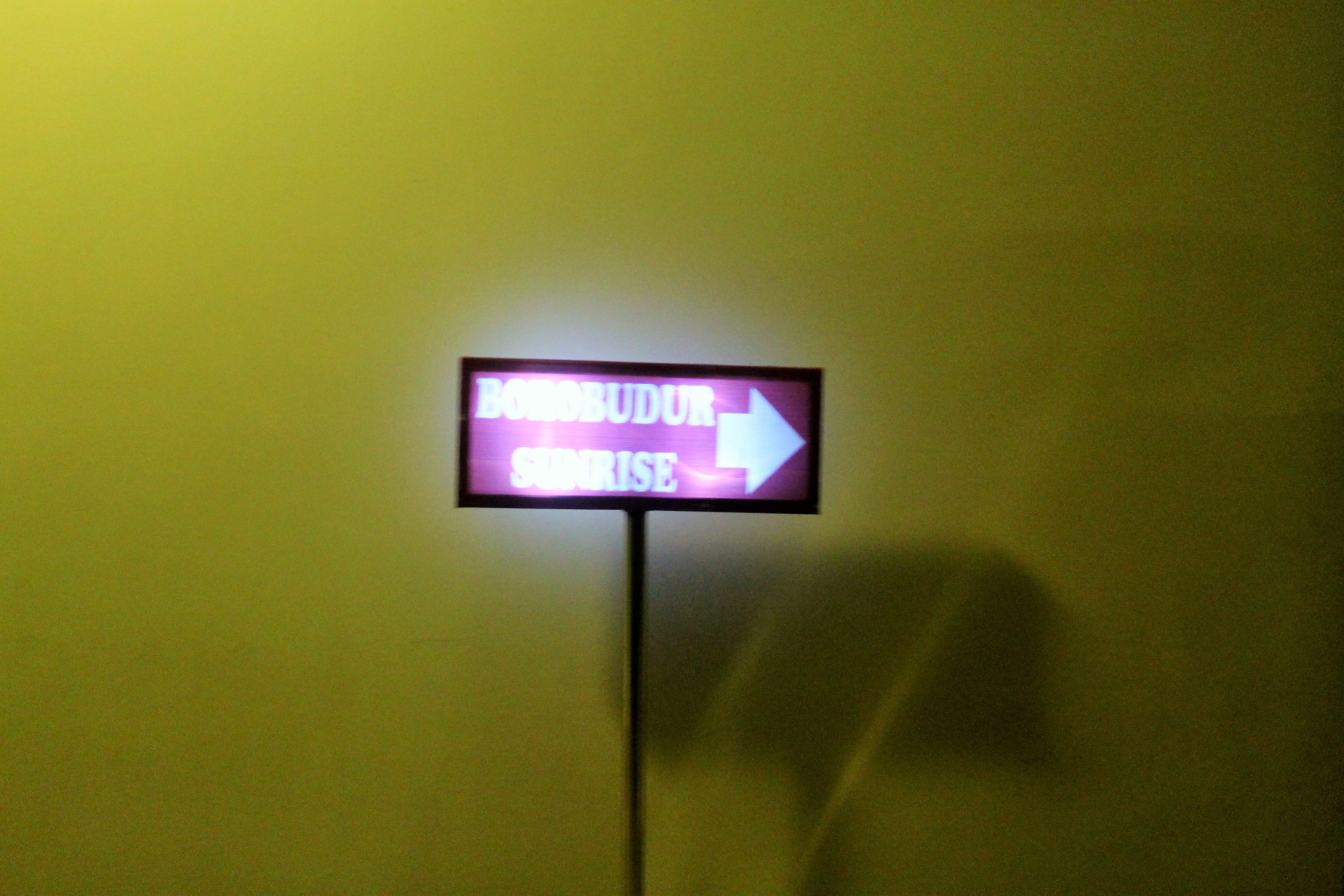 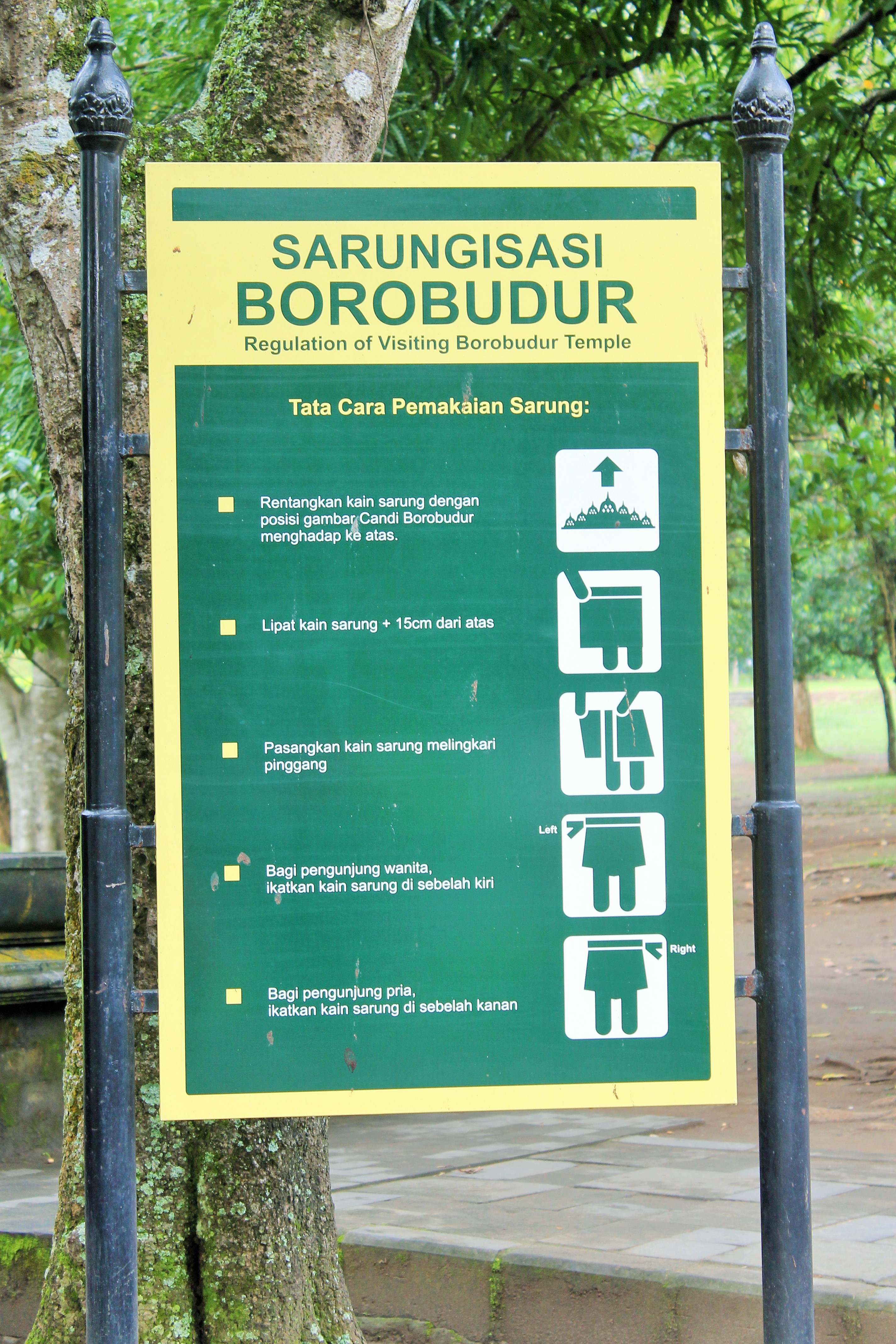 As an appreciation to the monument, visitors are asked to wear saroong when entering the complex of Borobudur Temple, Indonesia

HOW TO GET TO BOROBUDUR