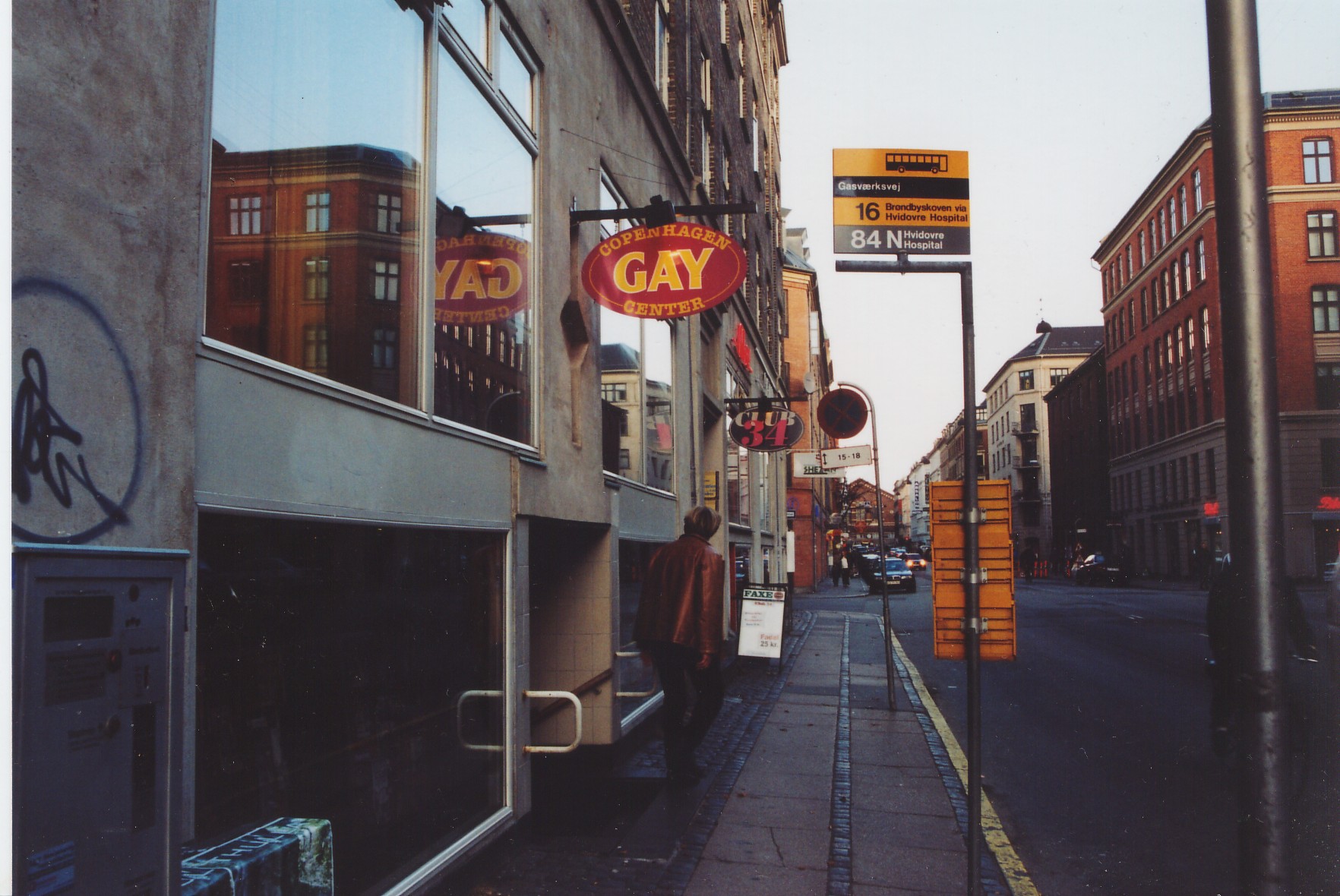 Denmark is the first country in the world that legalized pornographic images.  The country did it between  1967 and 1969 after having long debates, studies and considerations. When I visited the country in 2002 I was curious how the policy was reflected in everyday life.

One thing that I could catch in the street of Copenhagen was it was not illegal to display adult magazines in public places.  When walking to a bus stop near the apartment of my host Pernille, I saw a kiosk selling printed media like newspapers and  magazines. They were not only regular magazines in the rack but also adult magazines.

Out of my curiosity I asked Pernille about it. She told me that the adult magazines should be displayed above the sight of children when they were displayed in public places. In other words, despite the liberation, there have been, in fact,  some restrictions.

Pernille had a big plan for the day. She would take me to visit the Erotica Museum. The museum was located in Stroget, the car-free thoroughfare in the center of Copenhagen It is the center  where shops and commercial businesses were concentrated.

For me, the visit to Erotica Museum was an eye opening experience to learn about human sexuality as well as the history of eroticism and pornography of the human civilization. In comparison with the tickets of other museums in Copenhagen, the ticket to the Erotica Museum was a bit expensive.

The golden big phallus greeted the visitors by the entrance room. From there we could step into sections that were arranged chronologically. We could see the history and development of eroticims and sexuality from the ancient time to the modern time. And that included Africa and Asia continents. The displays were not only the images but also artworks. I read the information about the display curiously. It was informative.

It was in the museum I learnt about the man with the longest penis on earth. I was shocked to see his displayed  black and white picture.  Both Pernille and I explored each section in the museum but she passed the rooms quicker than I did.  I believed some information was not new to her. Despite being free,  for the museum visitors who were  under 16 years old, there were some sections that were advised not to be accessed.

We spent nearly two hours  in the museum as sometimes we discussed the things that we were looking at. And Pernille shared her opinion according to her cultural points of view.  As in my part, I could not share much as some displays were new to me.

In the end, there was nothing to hide about human sexuality.  The museum just explored and displayed it all, even the very carnal desire of human beings. There was a mix of impression and shock after I saw the Museum collections. As I never explored that deep into human sexuality.  So when Pernille asked me how it was. I said it was good as the museum exposed and exhibited everything about pornography, eroticism and human sexuality.

I was impressed by the Erotica Museum so upon returning to Indonesia, I wrote a piece of an article about the Erotica Museum. At the time it was a taboo and I was not sure where I could run the story.  Luckily, he English language newspaper The Jakarta Post didn’t mind  printing it.

As my informal guide, Pernille always introduced a little about me to the attendant of the place we were visiting.  And in most cases, the places that we went in never had any objection, some even gave their brochures. Pernille told me it was a benefit for them as people like me would give a free promotion to their business.  It was a different story in my country at the time, any place would demand a formal letter from the media that assigned it, when we wanted to visit a place for a piece of writing. In West Europe, it was so easy. They didn’t give any resistance with thousands of questions, like in my country, as long as it was related to promotion. Especially if I met with their public relations, they were very generous with the information and access.

The appearance of one of the girls of the shop attendants was unique. She had a punk hair style.  She also had a heavy make up with thick eye shadow, her ears were pinched. She wore black leather trousers and jackets, plus  a pair of black leather boots.

Pernille talked to her first as we were entering the shop. After getting an explanation, she just let us take a look at the shop.  “You can take photos of the shop collection, but without our customers, please ” she said. We began exploring the shop that was not so big in size. She was right about the shop.  It was more like a boutique than a shop. The interior and  the arrangement of the items were neat. There were sections for lingerie, toy sex and magazine and books; all of them were displayed in a nice and artistic way. We took a look around the shop. It was completely different from the adult shop that I visited in Stuttgart. It was comfortable for women to look around or to look for what they needed.  Pernille took some photos of the shop.

As the size of the shop was small, it didn’t take a long time for us to explore it. After looking around, we decided to leave. By the cashier, the shop also displayed small items related to erotism, like the pen with a sexy naked blonde man. When we used the pen, the man’s bottom was covered, but when the pen was upside down, his bottom was uncovered. I burst into laughter seeing the pen. I never saw such a pen before.  Then, the punk girl attendant offered me a pastille. She opened a small can box of black pastilles. I just realized that the pastille had the form of a penis. I was reluctant to put it on my mouth  but the girl just took one and chewed it, so did Pernille. At last I took one  too, grinning. It was a mint pastille having a penis form.

When we were back to Pernille’s apartment and popped with Carsten, he asked where we had been as it looked like we just had a good time. First, we asked him to guess it as we were giggling.  Carsten said we went to a gay club. We shook our heads. He tried again, but it was not correct.  The third time, we told him the  place we just visited: Erotica Museum. Carsten who had been in Copenhagen for a while didn’t know about it.  I suggested that he see it when he had time.

Speaking of sex liberation of Denmark, Pernille thought it would be a good idea for me to see the red light district. “During the day, it was just like a normal area. Only at night, the district was live,” Pernille added. I told her I’d like to see it both in the daylight and at night.