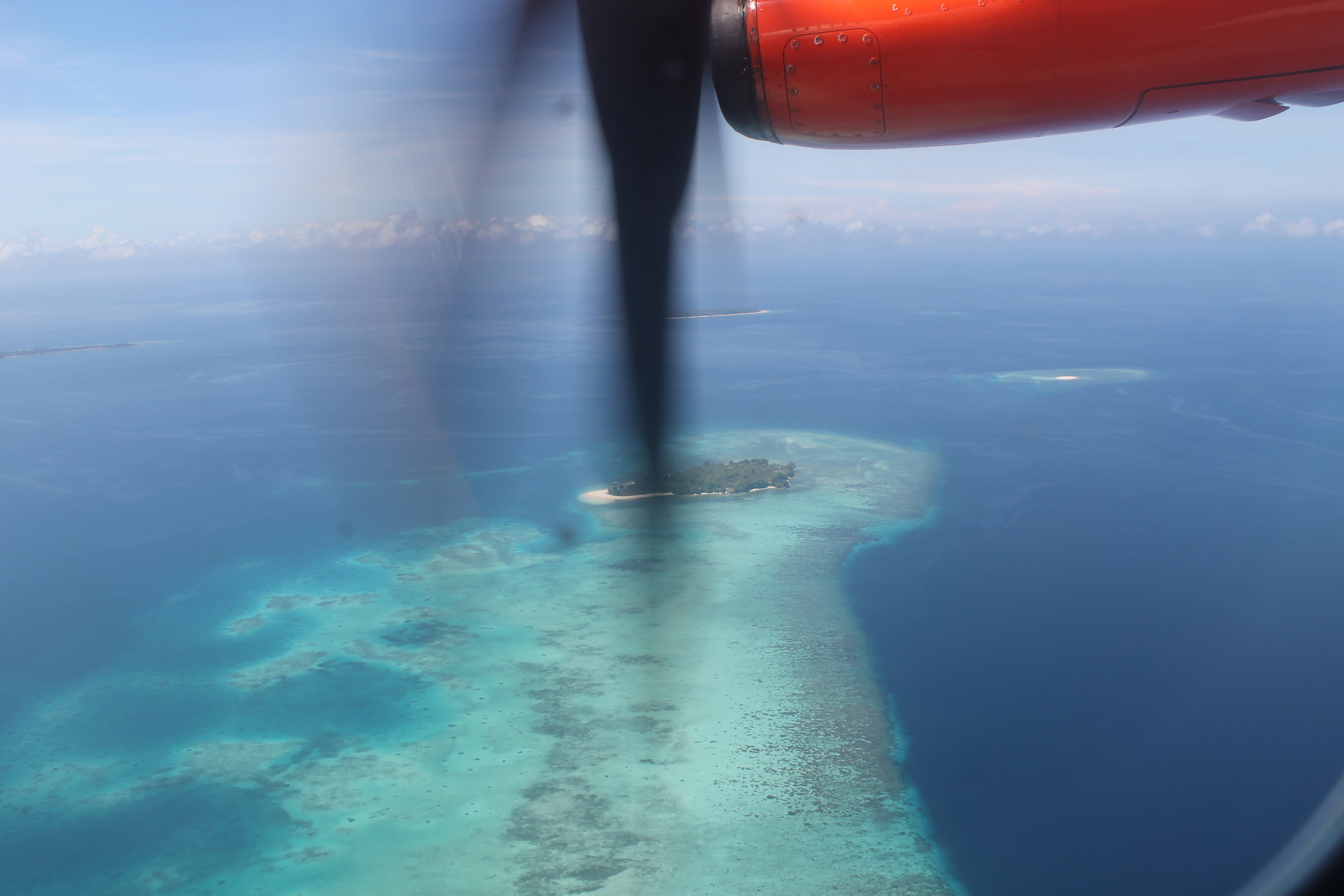 Outer remote islands of Indonesia are often difficult to beat because of their accessibility. As such the news about new connecting flight is a blast for travelers. Morotai is an island in the group of islands in North Maluku Province in Eastern Indonesia. The 1,800 kilometer-square Morotai island is a regency with its capital Daruba. The nearest island to Morotai Island is Halmahera. Ternate is the busiest city on Ternate Island, which is also part of group of islands in North Maluku. Ternate used to be the province capital. 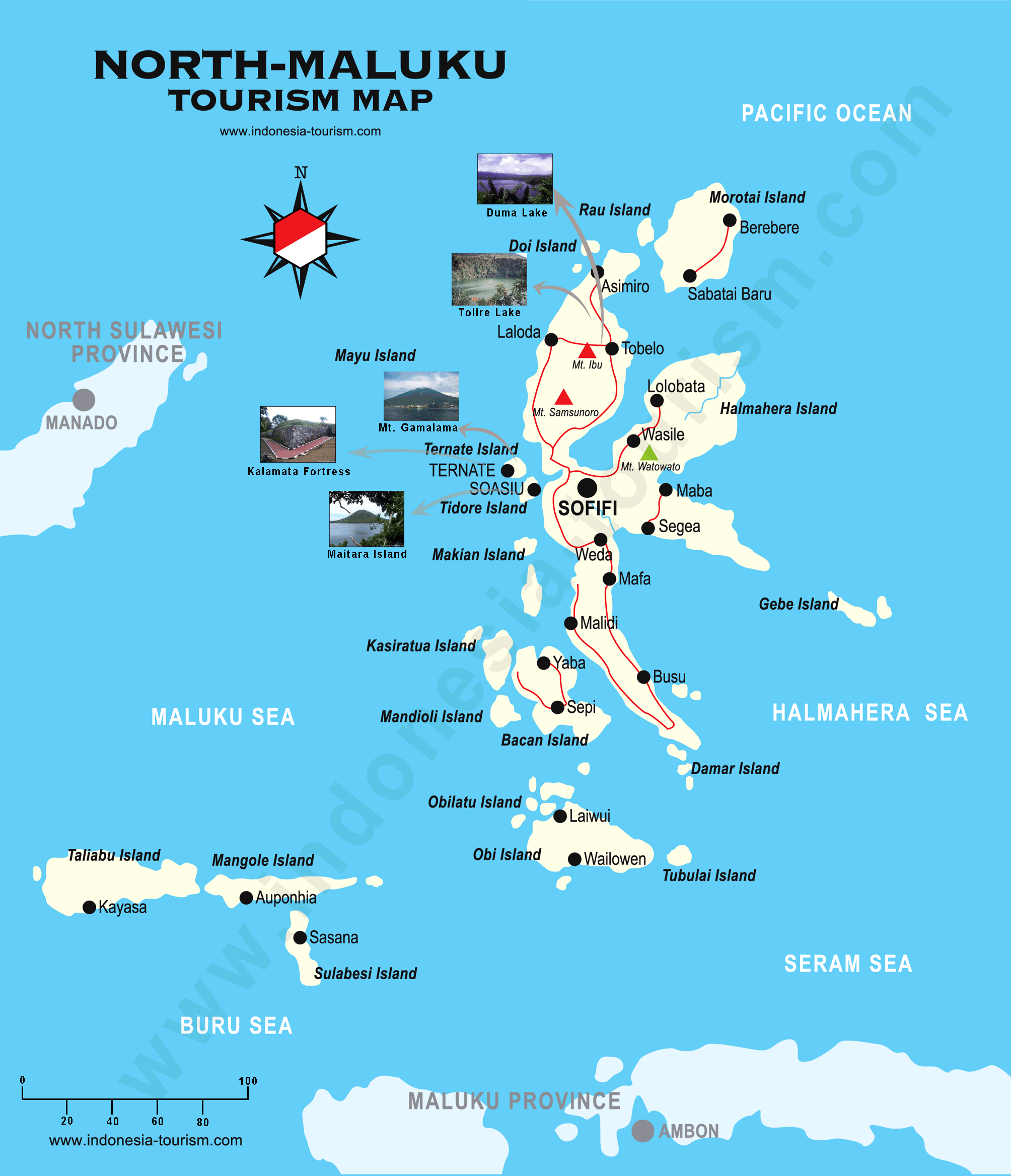 Map on North Maluku Province in Eastern Indonesia. The province consists of groups of island. (Map taken from indonesia-tourism.com

People travel to Morotai by the ferry boats. There are two Ternate-Morotai ferries that serve only twice in a week. The sea trip takes about eight hours.  Another boat ferry serves Tobelo (in Halmahera Island)-Morotai once a day before 11 am. Besides, speed boats serve Tobela-Morotai every day before 11 am. The flight that served Ternate-Morotai included Nusantara Buana Air, Express Air, and Susi Air. But those flights only served several times a week. For a couple of years, those flights  discontinued. 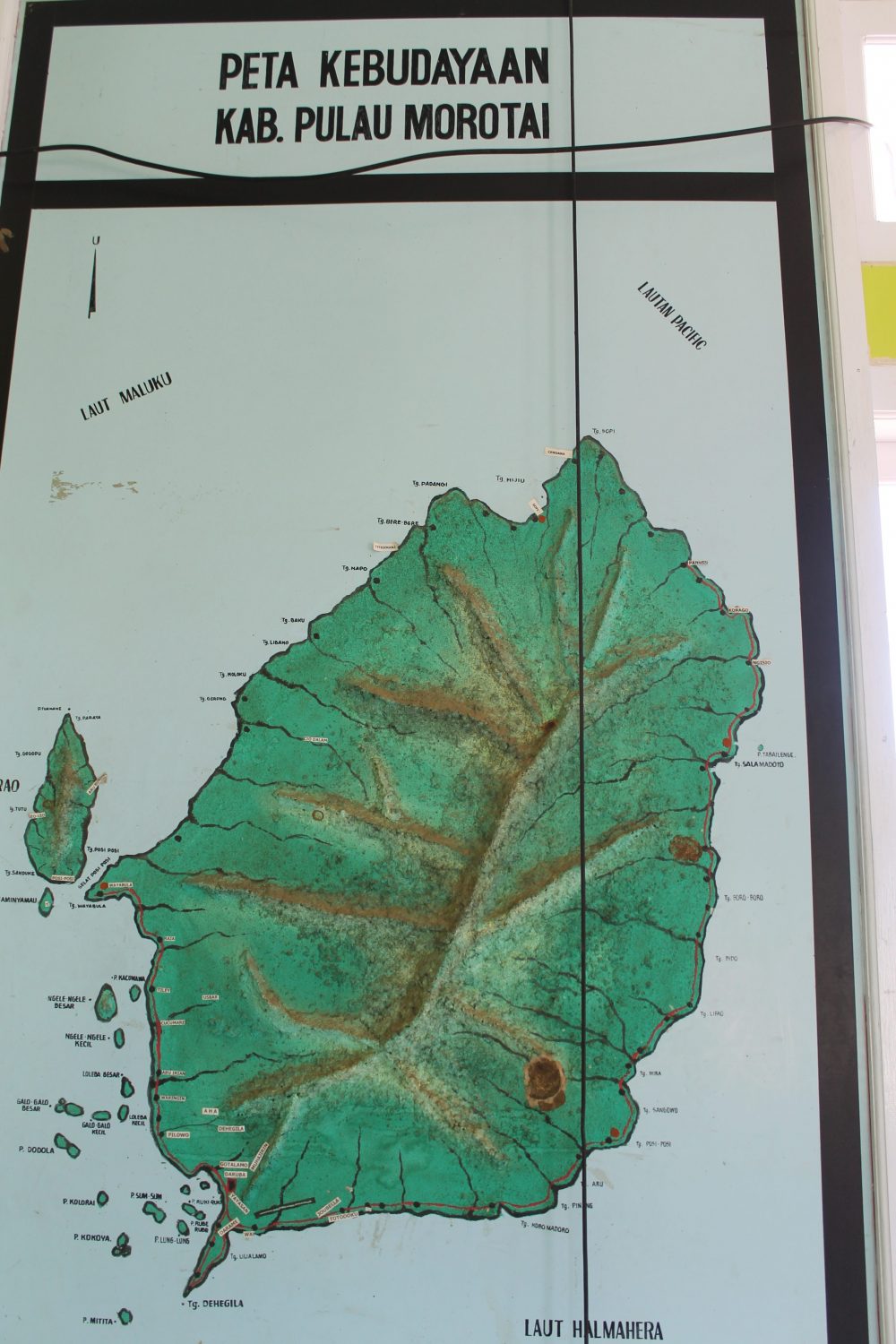 Map of Morotai Island, one of the outer islands in Indonesia, North Maluku Province

The daily  Ternate-Morotai flight is a leg of the Manado-Ternate-Morotai flight. The IW 1172 flight of Wings Air flies once a day. Passengers from Ternate wait for the Manado-Ternate leg first. The flight delay is tolerable, it is between 15-20 minutes. After landing at Sultan Babullah Airport in Ternate, the airplane unloads its passengers from Manado. Then, it embarks the passengers to Morotai Island.

The airplane used in this flight is ATR 72-500 and ATR 72-600. It is a twin-engine turboprop short-haul regional airliner manufactured by a French company ATR. The airplane has 68-seat capacity. The passengers use one rear door to embark the airplane, as the front part is used for cargo. The passengers tend to carry their stuffs in the cabin that can occupy most of the cabin space. The two-seat row is comfortable.

The  schedule of IW 1172 flight of Wings Air is at 9.45 am from Sultan Babullah Airport, Ternate. It covers the Ternate-Morotai leg in only 50 minutes. The airplane flies in low altitude as such the panorama underneath is quite clear. One recommendation is having the window seat. There are only few turbulence during the flight. After touching the ground at Leo Wattimena Airport in Morotai, the airplane stays about 60 minutes. Then, it departs back to Ternate. In fact, Leo Wattimena Airport can accommodate big airplane. It used to be a military airport constructed by the Allied troops during the Pacific War.

The return ticket of Ternate-Morotai by Wings Air is Rp 576,000 (approximately USD 50). It is the promo fare by the time I am writing this article. Passengers do not get meal in this budget flight, so bring your own snack and water. The IW 1172 of Wings Air flight is the only commercial flight serving Morotai-Ternate-Manado. Other flight serving to Morotai is the Indonesian Air Force Hercules military airplane.

The Ternate-Morotai flight shortens the time of traveling to outer remote island like Morotai. It also opens the access of the island to more visitors. 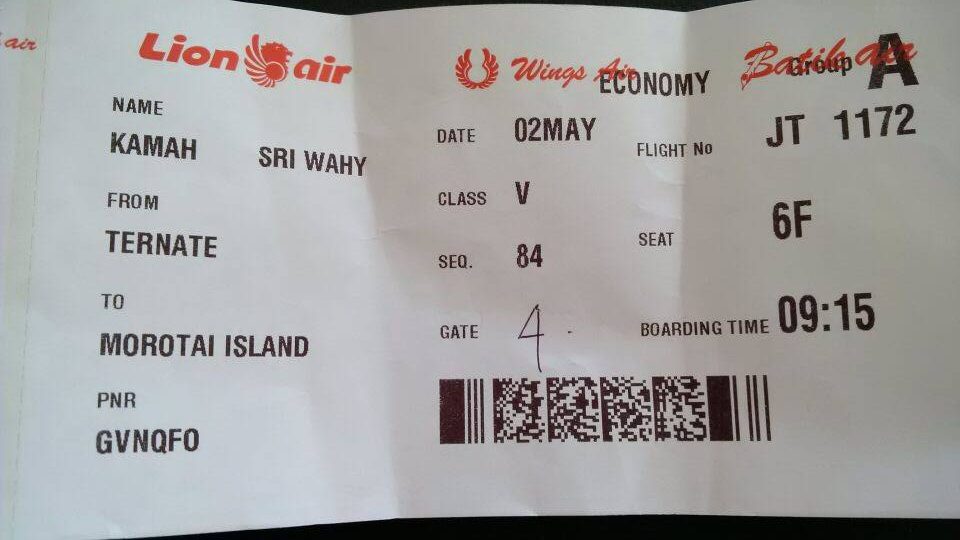 Direct flight booking at www.lionair.co.id or contact your travel agent.