An article on December 1, 2017, in dailymail.co.uk featured  photos of tourists posed with erupted Mt. Agung in Bali, Indonesia  as the background. The article was  shared in some traveler groups in Facebook.  Those Instagram photos would mean okay if Mt. Agung didn’t erupt. The photos depict girls and couples in different poses. They  bring message that “I am fine while the volcano is erupting.”

Bali Island and the location of Mt. Agung (source of photo: baranews.co)

Some photos are insulting. One shows the butt of a girl and the other shows two women in bikini,  in the background  is Mt. Agung in thick volcanic ash up to the sky. These tourists stay in touristic area that is not directly  affected by the volcanic ash. Some photos show they wear the masks as a symbol of the eruption of the volcano. These tourists may think it fun to see the eruption of Mt. Agung from a distance and want to share their poses in unique way. What they show is tasteless.

Those Instagram photos are created to gain  the  “Like”. The “like” in Instagram  has become a barometer for everyone to be called the celebrity of social media.  Many tourists will do anything to get that world’s attention, including having poses like  that were posted in dailymail.co.uk.

A true traveler is the one who has responsibility to the place that she or he is visiting. They show their  responsibility by their sensitivity to the locals and local culture. It is fine that many tourists want to have fun.   “It’s my money, I deserve what I expect and I don’t care with what others think and feel.” It is such a familiar attitude that I have heard from tourists that are visiting other countries. Bearing that attitude in mind  such a tourist would not bring anything back home but the photos  in their cell phones.

What you should know about Mt. Agung

Mt. Agung  is situated in Karangasem District in the east of Bali.  It is 3013-meter high. It is not an ordinary volcano for Balinese Hindus. Mt. Agung has special meaning. Different from other parts of Indonesia, Bali is a Hindunese- dominated island.  The Hindu has close relation with the nature.

It is the highest mountain in Bali.  It is also the most  sacred  site for Balinese Hindus as it is the abode for Lord Shiva and the center of the spirits.  So, how do the locals would think to see a photo of woman’s butt with Mt. Agung as the background?

The Balinese Hindus would build temples near their sacred site. Besakih Temple was built on the slope of Mt. Agung. It is the center of spiritualism of Balinese Hindus as well as the center of activity of all temples in Bali.  Besakih Temple, the mother of all temples in Bali, is so sacred that no buildings can exceed its height. 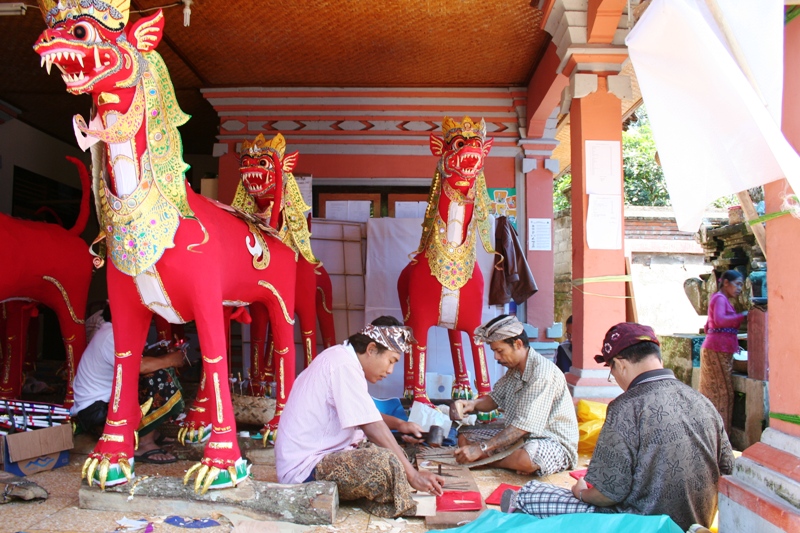 Balinese community prepares for the ceremony

The volcano had been personified. During the recent  tremors of Mt. Agung, the Balinese Hindus responded by holding ritual/ceremony in Besakih Temple on November 20. In the ritual, they ask Sanghyang Widhi Wasa to normalize the activity of the volcano.  They also ask for forgiveness of their wrongdoings which may cause the volcano to erupt.

The biggest recorded eruption of Mt. Agung was in 1963 that killed 1.549 people.  The cloud from the eruption reportedly reached as high as 23 meter.

After the eruption on November 21, the people have stayed alert to the following tremors. The villagers that live in the radius of around 10 kilometer from Mt. Agung have left their homes when the status of the volcano was alert. Until November 29, there have been around 43,000 evacuees. They have stayed  in refugee camps leaving their houses, rice field and cattle behind. 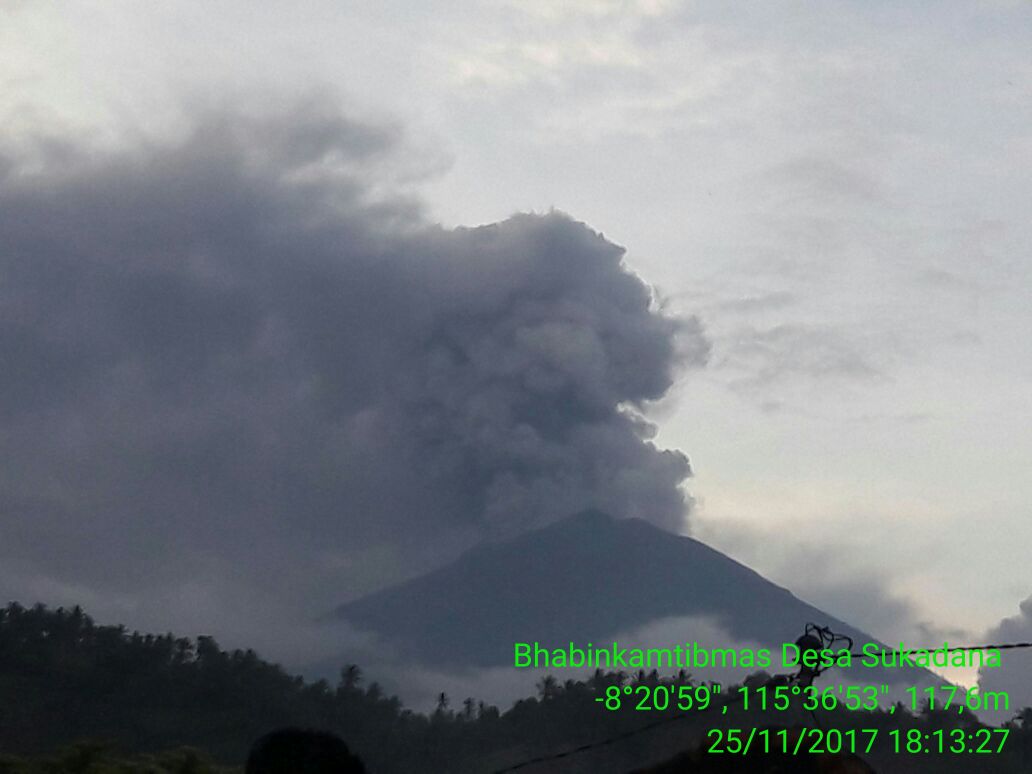 Indonesia Agency for National Disaster put the status of Mt. Agung alert.  Domestic and international flights were cancelled and many tourists had to wait for their flights stranded in Bali.

So, where is the sensitivity of those tourists by having unique pose with erupted Mt. Agung as the background?