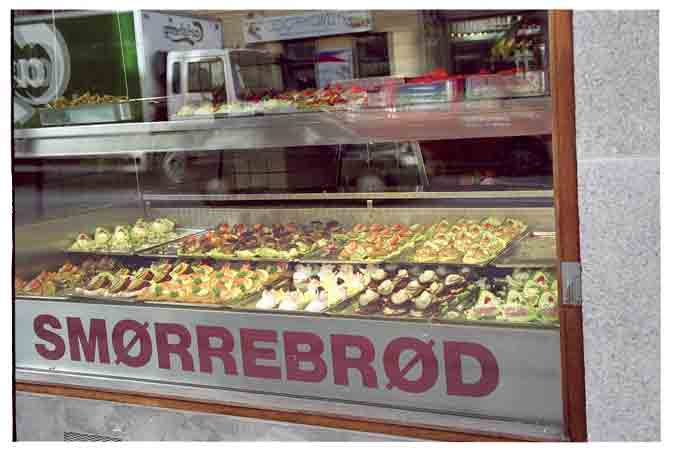 The cloudy sky was hanging above Langelinie that afternoon. The weather in North Europe could change drastically especially during autumn. While in my country cloudy skies indicated that it would rain soon, but  it was different in the four-season climate countries. “Let’s go Amalienborg,” Pernille told me.  Amalienborg was the residence for the royal family. Oh! I forgot I was visiting a kingdom. The Kingdom of Denmark is led by Queen Margrethe II.  Pernille took me to the Amalienborg Palace on foot.  It was actually not far away from Langelinie. In a city like Copenhagen, walking has never been an issue as the pedestrian path was wide, and for me, there was a lot to see along the way.

When we arrived in Amalienborg Complex, I was surprised to see it. It was not like what I had imagined as a Palace. There was no fence surrounding the palace  and there were no  trees either. It looked simple.  The whole courtyard was spotless. The Amalienborg Palace Complex consists of four identical buildings facing an octagonal courtyard. Built in the 18th century the palaces had Baroque architecture.  In the middle of the courtyard was a statue of King Fredrik  V from 1777. The palace served as royal residence and it was the residence for the Queen during the winter time. 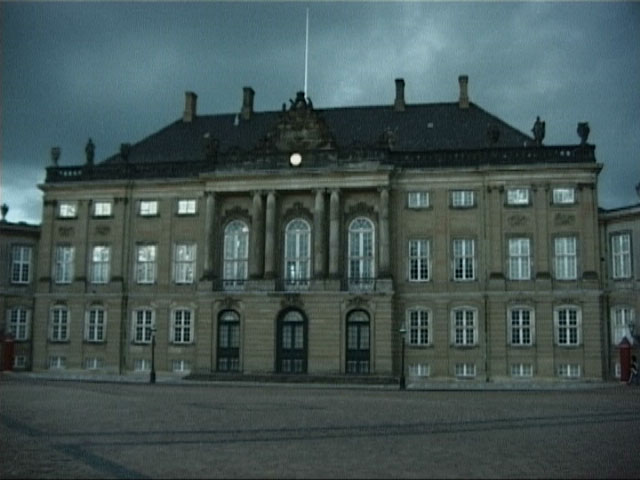 In addition to that, I was surprised that the whole area was not heavily protected. There was only one Royal Guard in front of the building where the Queen resided.  On that afternoon, there were not any tourists.  Public cars could also  pass the courtyard without any problem. I could not believe that in  royal residential complex  the security was  loose.  Only the Royal Guard marked it as a royal residence.

Pernille told me that there was a guard change ceremony at midday. “Wahyuni, you stand in front of the guard, and I’ll take the photo of you,” Pernille said.  “The guard will not do anything even if you tease him,” she added.   I followed Pernille’s instruction. I made a pose in front of the guard who was very tall with his high bearskin hat.  And Pernille was right. The Royal Guard was not disturbed by my presence. Instead he made movement by walking away some steps. 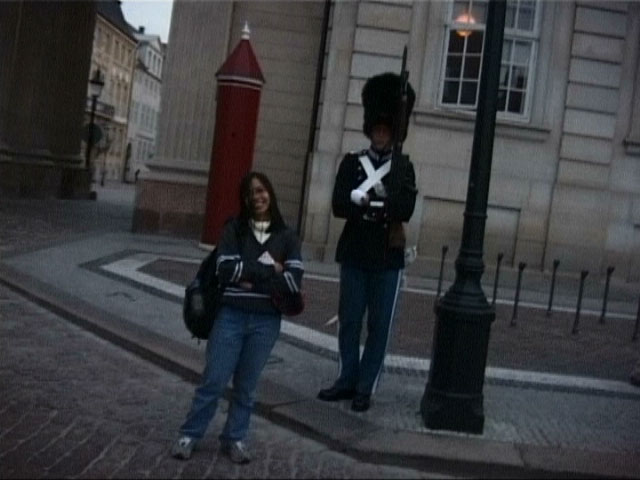 I told Pernille about the Danish cookies that were quite famous in Indonesia. She was a bit surprised about it and she told me that Danish pastries were famous. She would take me to a bakery later so I learnt about Danish bread. In that year (2002), there were not many bakeries in Jakarta like today, so I was not so familiar with Danish pastries.

On the next day we planned to go out for a picnic. Picnic was part of European culture. Pernille would like to show me about it.  She made some preparation for the drinks and food, I helped her as well. She had a small thermos bottle and plastic glasses. We had hot water and tea, and packed  food to make sandwiches.  There was a park in the Norrebro neighborhood, and we planned to go  there.

Norrebro, the area of Pernille’s apartment, was quite busy with some  shops and commercial business. Before going to the park, she took me to a window shop for smorrebrod which is a typical sandwich for North Europeans.

Smorrebrod is an open faced sandwich, which is  made of dark brown bread, usually sourdough bread. The topping varied from meat, salmon slice, cheese, vegetables. Then we moved to a shop of Danish pastries. My eyes were wide open to see the varieties of pastries and all of them were sweet. We bought some pieces for our picnic.

On the street of Copenhagen it was very common to see people cycling. Bicycle has been one of transportation modes for the citizens notwithstanding their professions.

I also saw that people could enjoy their full freedom in North European countries. As we were walking in the park we saw an Asian couple kissing passionately. Both of us were shocked to see the couple doing it openly. “I rarely see non-European couples doing it openly,” Pernille said. I had a surprising expression as well. We kept moving on while the couple was still kissing.

Finding the right spot, we put the cotton fabric on the grass and also our food on it. I was eyeing the Danish pastry that we just brought. Instead of eating the sandwich first, I ate the pastry. “In Denmark, we do not eat the sweet first,” Pernille commented as I was chewing the pastry.  But she was kind of understanding that I liked Danish pastry.

It was a bright day.  Like in other European cities, everybody was out as soon as the day was sunny and bright. On a cloudless day like that, in the park, I could see people enjoying their own activities like jogging, bicycling or  walking.  Everyone was happy to be under the sunshine.

By the time I was visiting Europe, I was kind of learning of the family values in North European culture. While in my country, just like other Asian countries, the family bond is strong, I did not know much about the North Europe’s.

While in the last few days I just visited the places in Copenhagen city. That day, I went to the suburb of Copenhagen by bus.. Again, I was surprised to see that the bus only had few passengers. At the time, Jakarta didn’t have the mass transportation system like today, so riding in a comfortable and convenient bus was really something for me. And outside Copenhagen it was quiet and I didn’t see people as much as in Copenhagen. In fact it was deserted. The bus trip was fun.

I just followed Pernille’s step as we got off the bus. And from the bus stop, we walked again on foot until we reached her parent’s house.  The house was very typical Danish architecture. It was a two-floor house with the entire walls of bricks.  The difference with the residence in the town, Pernille’s parent house had a very large garden. While both in Germany and Denmark I never saw an outdoor clothes hanger stand, in Pernille’s parent house I saw it.

Pernille’s parents warmly welcomed me as I arrived. Her mother already prepared  the  table for us to sit. It was in the house terrace. I learnt that Europeans liked to be outdoors whenever the weather was nice. We sat on the table and Pernille gave the box of Danish pastries that she bought earlier to be presented on the table.

We had a good conversation with them, especially when I mentioned Mads Lange, a Danish man that visited Bali about 200 hundred years ago. He became a merchant in Kuta, Bali and his name was made into a street’s name in Kuta.  I happened to know that Pernille’s father knew about kris (dagger). Although I didn’t know much about kris, we discussed it a bit.

We stayed about one hour. Having seen my figure Pernille’s mother said that she still kept some clothes of Pernille when Pernille was much younger. Those clothes  would fit for my size. She said she would bring it to Pernille’s apartment and I could choose whatever I may like.  Pernille’s mother was like any mother in the world. A mother is always a mother wherever they are.  The best part of the visit was when we all enjoyed Danish pastries and tea. Her mother asked me to bring home the leftover pastries.

Earlier it  was planned that I would only stay for three days in Copenhagen and then I would return to Germany with Carsten on his car. But the plan changed. Pernille and I thought that I would better spend a few days more as there were other places we would see in Copenhagen. I told my ex-German boyfriend about it and he was fine about that.  In the next few days, there were some spots in Copenhagen, I would see with Pernille.